FRUKUS-2013 naval exercises will be held in France 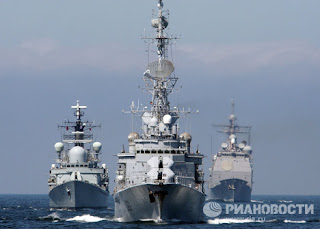 "The first conference to plan the international naval exercises FRUKUS 2013 takes place today in Paris with representatives of the Navy countries that participate in exercises," said the spokesman.

According to him, the conference will develop a design exercise, the area of ​​their holding and that vessels will participate.


The first edition of these exercises was held in 1988 at the time of the USSR. They continued in 1993, under a tripartite agreement between Russia, Britain and the United States. Before the accession of France to this program in 2003, they called RUKUS.